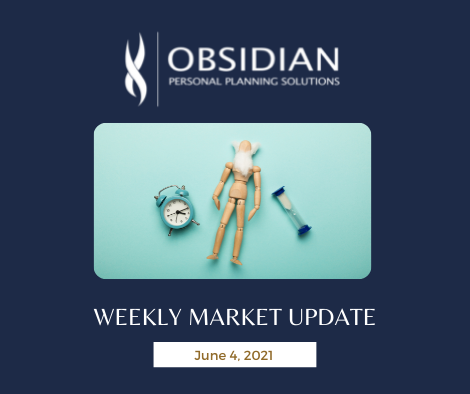 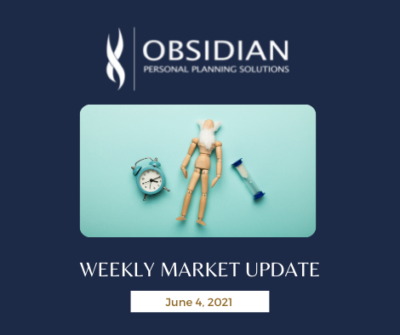 Welcome to June. It feels like summer now, and with the cicadas out in much of our area, it sounds like it too.

This week, we’re going to dive into the difference between the two most widely followed American stock market indexes, the Dow Jones Industrial Average and the S&P 500, through the lens of Apple stock. Understanding how these two indexes differ can help us understand why stocks look better in one index than the other.

Then, the baby bust–birth rates are down in much of the world. What’s going on with that, and what effects might that have down the road?

The DJIA and the S&P 500 are different for good reasons, and those differences can help us get a more nuanced picture of the stock market overall. They both track the price movements of a representative list of stocks to come up with their rankings.

The DJIA looks at the stocks of the 30 largest American companies, all household names like Microsoft and McDonald’s, while the S&P 500 tracks 500 large-cap American stocks (including the 30 companies in the DJIA).

Stock prices alone determine the composition of the Dow Jones list, and companies with extreme price movements or higher share prices have a more significant impact on the average. So while the companies included on the Dow list don’t change very often, they do frequently shuffle around in order.

In contrast, the S&P 500 weights stocks by market value and includes a larger sample of US stocks.

We can see the differences in action if we look at Apple stock. Apple is currently ranked 22 on the DJIA but tops the list at the S&P 500. So how could the same stock be in such different positions?

The answer is mainly in how they weight the stocks. Because the DJIA is price-weighted, and Apple’s price is relatively low thanks to the split last year, it assumes a lower relative position. Because the S&P 500 looks at percentages, a 10% change in the price of a $20 stock has the same ranking impact as a 10% change in a $500 stock. When Apple split its stock last year, it went untouched as the leader of the S&P 500 according to market capitalization.

Looking at both the DJIA and the S&P 500 can provide us a more complete picture of the stock market, showing us how stocks are faring by both price and market share.

On another statistical note, many countries, including this one, are seeing a decline in births. For example, from 2010-2020, the US population grew at its slowest rate since the Great Depression, with declining births for the sixth straight year last year. Clearly, this is about more than just the pandemic.

Looking worldwide, China saw an 18% dip in birth rates last year for its fourth straight year of declines. The Chinese government has lifted its two-child limit, letting families know they can now have three children. However, because the change from one to two children had minimal effects on the birth rates, it’s unclear if this change will push birth rates up either.

South Korea had the lowest birth rate globally, with births per child-bearer at 0.84 (the replacement rate would be 2.1). And Germany’s population is so low that they have demolished 330,000 housing units since 2002.

In contrast, the entire continent of Africa is growing its population, with its numbers set to double by 2050. Africa’s birth rate explosion is substantial because population declines or increases significantly impact economic success. When fewer babies are born, there are fewer workers later on. In addition, when fewer babies are born, care for the elderly suffers. Not only will there not be as many young people to step in and help, but younger workers’ taxes subsidize public services for the elderly.

It will be interesting to watch the shifts in the world’s demographics over the next several decades and see what sorts of changes governments make to buffer any foreseeable problems or bolster any benefits of changing birth rates around the globe.

With that, we’ll leave you to enjoy your weekend. Happy Pride Month!